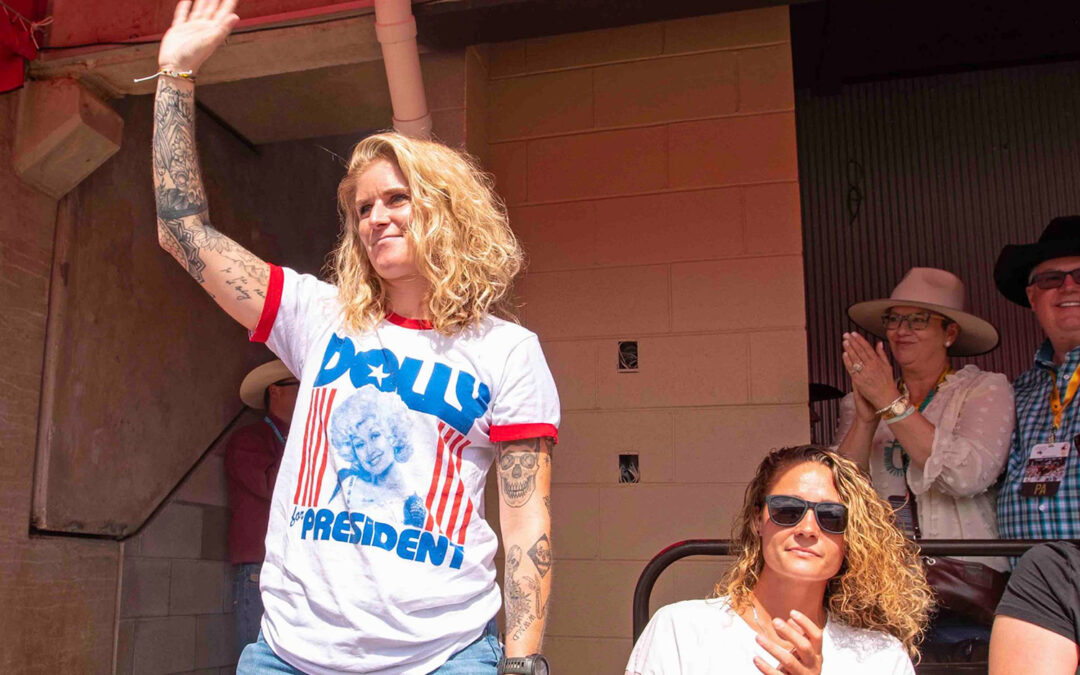 As they had done last year, Cheyenne Frontier Days and Cowboy Skill of Wyoming have teamed-up to pay tribute to heroes in the Rocky Mountain region.

The first hero, which was announced on Saturday during the inaugural rodeo, was Agent Ashley Ferris of the Lakewood, Colorado police department, who stopped a mass shooter last December.

The gunman had already shot five people at the Bel Mar shopping center in Lakewood when Ferris rushed the shooter and in the process was shot. Despite a bullet hitting her abdomen, while on the ground Ferris shot and killed the shooter.

More than 20,000 attendees of Cheyenne’s rodeo roared their approval when CFD announcer  Garrett Yerigan broke-in during the action to recognize her heroism.

“That great agent who saved numerous lives is with us today at Cheyenne Frontier Days,” Yerigan announced.

Ferris rose from her seat and waved to the spectators from the sponsor box of Cowboy Skill of Wyoming.

“Ladies and gentlemen, I present to you of the Lakewood Police Department, agent Ashley Ferris.  She is a true hero among us. Cheyenne, give her the thank you that she deserves,” he said.

Behind her Cowboy Skill founder Michael Pace and his wife Karmin, were on their feet applauding the hero.

Paul Goldean, president of Pace-O-Matic — the company which develops and distributes Cowboy Skill games, said Ferris deserved all the praise she received on Saturday.

“She is an incredible testament to law enforcement, and without her fast thinking, more people would have lost their lives that day in December. We are honored to host her,” Goldean said.