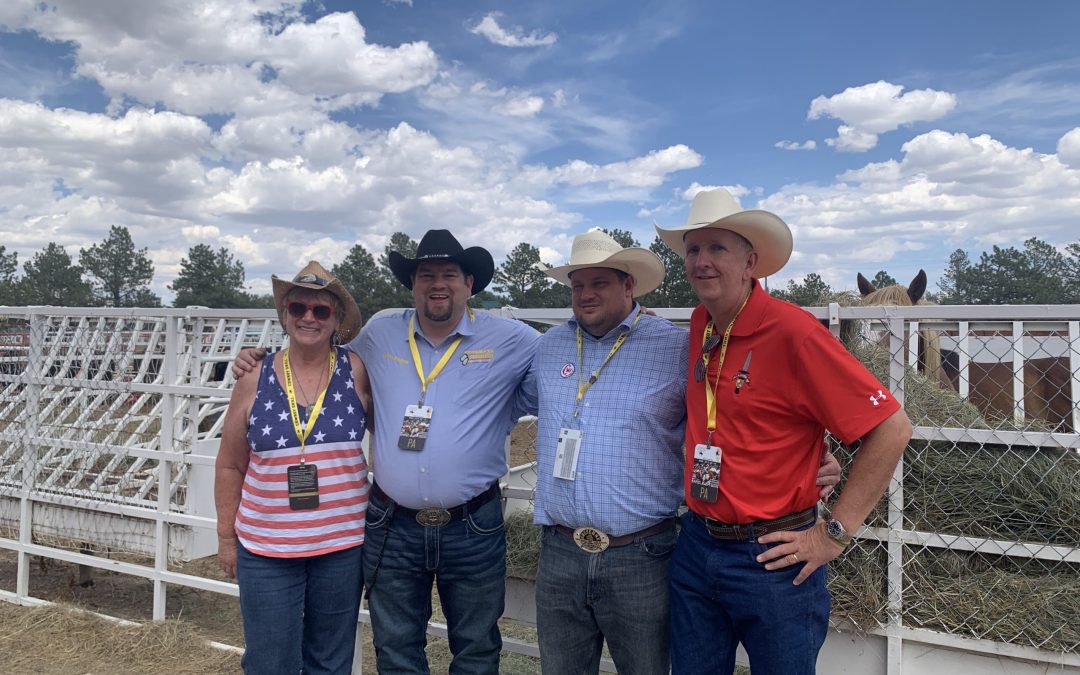 CHEYENNE, Wyo. — The Military Monday celebrations at Cheyenne Frontier Days this year especially meant the world to some in the crowd at the day’s rodeo.

For Dianne Hammond, the mother of a fallen soldier, it was a particularly emotional scene.

Hammond’s son, Sgt. Alessandro “Sandrino” L. Plutino, was killed in action on Aug. 8, 2011, in Afghanistan near the end of his sixth total deployment between Iraq and Afghanistan as a member of the 1st Battalion, 75th Ranger Regiment at Hunter Army Airfield in Savannah, Georgia. Plutino was less than a month away from celebrating his 29th birthday when he died.

The past decade-plus has been far from easy for Hammond, with her saying the anguish seems to intensify every time the anniversary date of her son’s passing approaches. But through speaking about it and making sure her son’s name lives on through the nonprofit Honoring Sandrino’s Sacrifice Fund, the support system she has behind her helps with the healing process.

And when she viewed the opening of Monday’s rodeo at Frontier Park Arena as one of the military-tied guests of Pace-O-Matic — a skill games company that operates in Wyoming as Cowboy Skill — Hammond realized firsthand how appreciated her son, along with all past and current service members, truly was and is.

“This is the country that my son died for,” Hammond said, fighting through tears. “He believed in that flag so strongly it wasn’t even funny. … He loved the American flag. And so anytime I see the American flag or I see the Pledge of Allegiance or Star-Spangled Banner or the show that went on today, my heart is like, out there. Tears are pouring out of my eyes.”

Cheyenne is well known as a military town with the presence of F.E. Warren Air Force Base and its heavy involvement in the “Daddy of ’em All” each year through Fort D.A. Russell Days, the Wings Over Warren Airshow and numerous other things on offer throughout the 10-day festival. But the Monday of Frontier Days is a day dedicated specifically to those who have and currently serve, something that those who are veterans appreciate.

David Ragan, a veteran and another Pace-O-Matic guest at the rodeo, has turned post-service to helping out his fellow brothers-in-arms through founding and serving as president of Veterans Promise, an organization dedicated to helping veterans through suicide prevention, drug and alcohol rehabilitation and any financial hardship they may find themselves in once returning home.

Ragan founded the organization in 2016 after his own struggles following his return from deployment, though he did express that he found the general current treatment of veterans “better than it’s ever been.” Donations from those that have supported his fight — such as the $75,000 that he said Pace-O-Matic has donated to Veterans Promise over the past two years — help toward reducing that stigma, too.

“It is absolutely amazing to be here on Military Monday with all of these brave warriors,” Ragan said. “[Pace-O-Matic’s] generosity, to be able to give us an opportunity to be able to be honored in front of all these people, that’s healing, and that’s a promise kept. … When they donate to us, that gives us the ability to be able to do things that make our dreams as an organization come true.”

It’s clear that gestures of kindness go a long way toward those wanting to make a difference in the military community, and Michael Barley, Pace-O-Matic’s chief public affairs officer, said that the company was happy to do them.

Those in the Frontier Park Arena suites as military-connected guests got their day in the sun Monday, but the push to go forward in their fights and missions never stops. Little by little, their support systems in place are helping them get there.