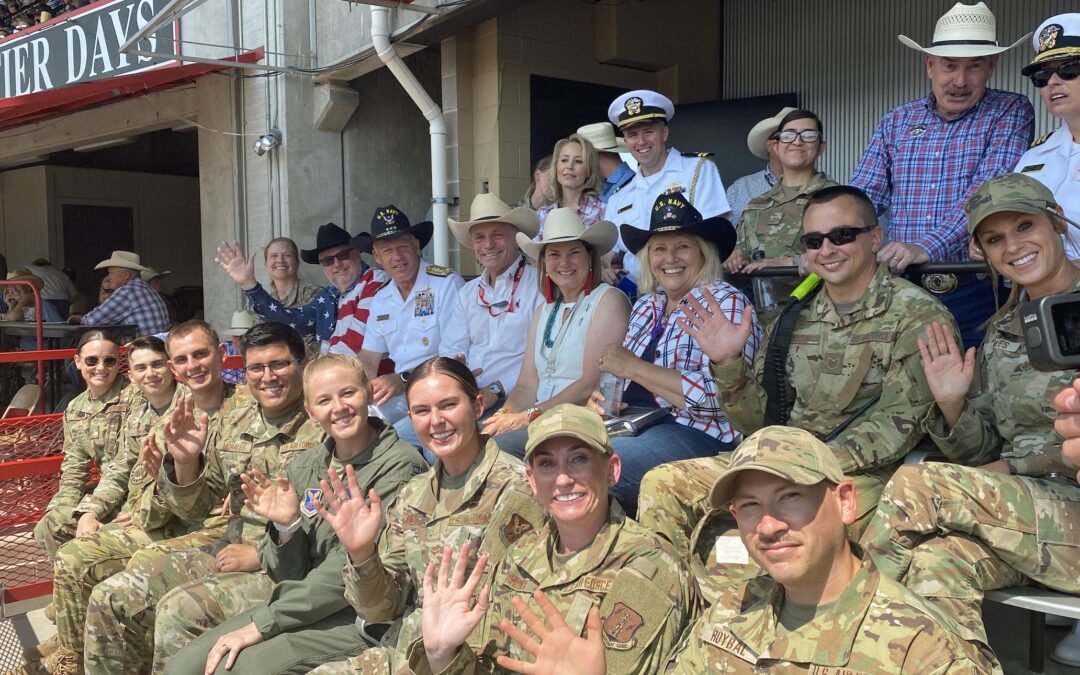 Cheyenne Frontier Days and Cowboy Skill Games of Wyoming on Monday honored two Wyoming airmen from F.E. Warren Air Force Base whose quick actions led to the rescue of a kidnapped child from an armed fugitive.

Paul Goldean, a combat veteran of the 75th Ranger Regiment who is now president of Pace-O-Matic, the company which develops and distributes Cowboy Skill games, said Pedro and Shaw’s story was so inspiring he wanted to draw attention to it.

“We invited many soldiers to join us this week for Cheyenne Frontier Days. But Airmen Pedro and Shaw’s heroic actions really stood out. They are true American heroes and are exemplary of our military,” Goldean said.

According to the U.S. Air Force, while Pedro was guarding the gate at F.E. Warren AFB, a driver who was trying to get onto the base presented her with an unusual form of identification.

When the man and child in the vehicle refused to make eye contact with the airman, she quietly alerted her supervisors and wingmen on duty at the gate; the vehicle was subsequently detained.

It was then that the officers discovered the man was a fugitive and the child had been kidnapped since December, 2020.

During Monday’s rodeo, announcer Garrett Yerigan recognized Pedro and Shaw for their actions, prompting a standing ovation by 15,000 people attending the third performance of the 10-day rodeo.

Pedro and Shaw were joined in the Cowboy Skill Games sponsor box by fellow U.S. Air Force service members including: